Let’s Talk About the Basics of Blockchain

Blockchain has been one of the most talked about emerging technologies in recent years. Despite all the hype, there is still a great deal of confusion about what blockchain is, what it can do, and how it can be used.

It was first proposed in 1991 by a cryptologist/computer scientist and a physicist who were working on creating cryptographically secured chains of blocks, where no one could tamper with the timestamp. It wasn’t until 2008, however, that the public blockchain was used as the underlying technology powering Bitcoin, and has since been adapted for a wide range of other applications across Web3 such as DAOs and dApps.

Let’s start with a visual exercise. Imagine those classic children’s wooden blocks, but instead of brightly colored numbers and letters on the sides, each block has a list of transactions. Now imagine laying them all out in a row, each adjacent to and touching the previous block. Congratulations, you’ve built your own physical model of a blockchain. Now, keep that image in your head.

On the actual blockchain, each block serves as a record, listing transactions — something like the “owner of account A has authorized a transfer of $10 to the owner of account B.” Every transaction is also authorized and verified with sophisticated cryptography (which we don’t need to get into here). Each block references the “name” of the previous block in the chain and has a record of what the last block contains. All the blocks together form the list of all the transactions that have ever occurred on that chain, using a specific currency. This is what’s called a ledger.

Blockchain transactions are verified by a network of computers, called "nodes." These are network stakeholders and their computers on the blockchain that are authorized to keep track of the distributed ledger. When a transaction occurs, it is broadcast to all of the nodes on the network. The nodes, and the stakeholders that operate them, then confirm the legitimacy of the transaction against the existing blocks on the chain to make sure that the transaction complies with the consensus rules of the blockchain.

This is either done with a proof of work (PoW), algorithm, where a participant node has to solve a cryptographic puzzle to verify the transaction and have the right to add that transaction to the blockchain, or proof of stake (PoS), where the responsibility to maintain the public ledger is in proportion to the number of tokens held by the node. In both cases, the participant nodes are rewarded in digital currency for their participation in verifying the transactions.

Once the transaction is verified, it is added as a new block to the chain. 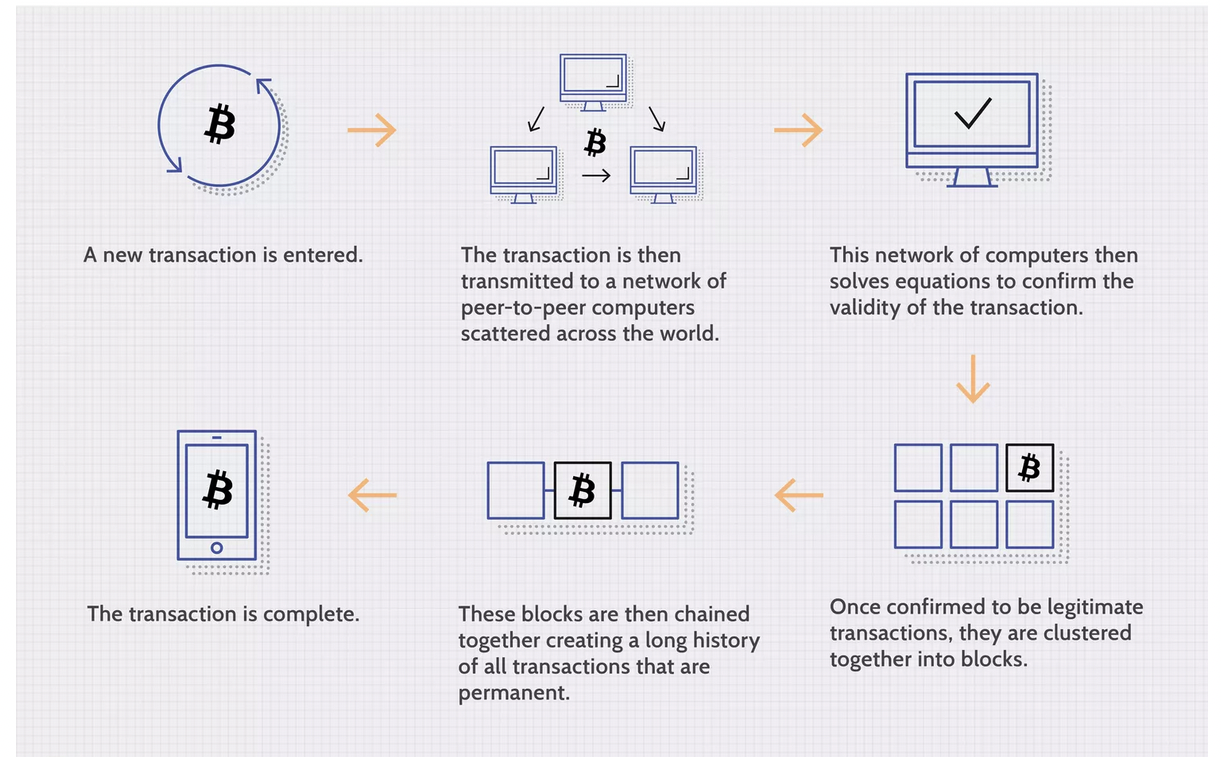 The Power of Decentralization

What makes the blockchain and, by extension, Web3, unique is that it’s decentralized. There is no one central authority that keeps track of things. Instead, it relies on a global network of computers to verify and validate transactions. This makes blockchain incredibly secure and resilient to attack.

Outside of the blockchain, the responsibility of keeping records and data, financial or otherwise, falls on the shoulders of the financial institutions and corporations collecting it. They are directly responsible for authenticating and codifying data and updating a database or ledger. They have their own historical infrastructure to do that, and the data lives on physical servers, most likely hosted by Google or AWS. Since a single entity (the bank or the company) is responsible for the record, it is centralized.

This also means that you need to go through a third-party and ask permission to gain access to your data. Whether you’re logging into your banking app, a social network, or logging into Google; your information is walled off in a database governed by the Terms and Conditions you agreed to.

Cryptocurrencies and blockchains, on the other hand, do not have a single entity responsible for maintaining the ledger and authenticating transactions. It’s up to the users to own and manage their own data and online identities. They can be as private or as transparent as they want. Since public blockchains are decentralized, anyone can see transactions, events, and actions of users. What anyone can’t see is which individual is associated with the wallet address conducting those activities, unless it’s shared by the user. In addition, due to the relatively tamper-proof nature of blockchains, their data would be much more resistant to fraud and theft than traditional centralized systems.

The Evolution of Blockchain

Things are seldom perfect the first time they’re invented and released, and the blockchain was no different. In 2013, Vitalik Buterin saw that Bitcoin wasn’t quite leveraging the capabilities of blockchain technology as well as it could. He took it upon himself to build a malleable blockchain that could perform various functions, as well as serve as a peer-to-peer network. In this way, Ethereum was born.

But the evolution of the blockchain doesn’t end here.

Since the launch of Ethereum and other chains, a number of projects have emerged out of Hackathons and Incubators that are leveraging blockchain capabilities in different ways, including solving pain points and addressing deficiencies in the Bitcoin and Ethereum blockchains via dApps and DAOs.

The decentralized digital revolution is here.

With the growth of the Cronos ecosystem, the chain announced a grant program for "talented individuals & teams who are passionate and committed about building...

A significant pain point for anyone conducting transactions on the blockchain, is estimating and accounting for gas fees. It’s not fun. Given that, we’ve begun...

5 Things to Consider When Picking Your Blockchain